Advertisers could reach 538.1 million users on Snapchat in October 2021,(a) placing it 12th in our ranking of the world’s most ‘active’ social media platforms.(b)

What’s more, data published in the company’s self-service advertising tools shows that Snapchat’s advertising reach has grown steadily over the past three months.(a)

Similarly, data published in the company’s most recent investor earnings report shows that Snapchat’s daily active users have grown steadily over the past three months.(d)

The total number of users that marketers can reach with ads on Snapchat increased by roughly 24 million (+4.7%) in the three months leading up to October 2021.(a)

These latest figures indicate that roughly 6.8% of all the people on Earth use Snapchat today.(c)

However, because the company limits use of its platform to people aged 13 and above, Snapchat’s ‘eligible’ use rate will likely be higher than these figures suggest.(b)

Want the full story? Scroll down to find all the latest data, insights, and trends you need to understand Snapchat use all over the world, including:

Towards the bottom of this page, you’ll also find a complete report on Snapchat’s audience around the world.

Unless stated otherwise, all figures are based on Kepios analysis of data sourced directly from Snapchat’s own tools, resources, and company statements. You’ll find details of individual data sources listed at the bottom of this article.

We update this page on a regular basis, so if you’d like to link to a specific figure (which may change in future updates), you might prefer to link to one of our individual Global Digital Reports instead.

How many Snapchat users are there in 2021?

Snapchat is one of the world’s top social platforms, but just how many people use Snapchat today?

Data published in the company’s most recent investor earnings report shows that Snapchat had a total of 306 million daily active users around the world in October 2021.(d)

Meanwhile, the company’s self-service advertising tools indicate that marketers could reach 538.1 million users on Snapchat in early October 2021.(a)

Note that the key difference between these two numbers is that the company’s investor earnings announcements focus on daily users, whereas its advertising tools report values based on monthly users.

The company’s latest advertising audience figures suggest that 8.8% of all people aged 13 and above around the world use Snapchat today.(c)

However, if we remove the people in this age group who live in China – where Snapchat is still blocked – the platform’s eligible adoption rate increases to 10.9%.(c)

Note: The figures shown above are based on Snapchat’s advertising audience only, and may not be representative of the platform’s total active user base.

How fast is Snapchat growing in 2021?

Meanwhile, recent data published in the company’s self-service advertising tools shows that Snapchat’s advertising audience reach grew by 24.2% over the past 12 months.(a)

To put these figures in perspective, advertisers can now reach 105 million more users on Snapchat than they could this time last year.(a)

Note that these advertising audience figures represent monthly users, as opposed to the daily user figures reported in the company’s investor earnings reports.

For comparison, Facebook’s data show that the global advertising reach of its flagship platform increased by 6.5% (+139 million users) in the 12 months leading up to October 2021.(e)

Note: The figures shown above are based on each platform’s advertising audience only, and may not be representative of respective active user bases.

Which countries have the most Snapchat users in 2021?

Based on the advertising audience reach numbers published in Snapchat’s self-service tools in October 2021,(a) the latest data show that:

Note: the figures shown above are based on Snapchat’s potential advertising reach, and this list may not correlate with the platform’s total number of daily or monthly active users. Snapchat’s self-service advertising tools publish ranges for each data point; we use the mid-point of these published ranges for our calculations. Snapchat’s self-service advertising tools only publish data for a limited selection of countries, and it’s possible that some countries not included in the list above have more active users than the countries shown here. Rounding in the source data may mean that individual figures do not correlate with totals.

How many users does Snapchat have in each world region in 2021?

The figures below are based on Snapchat’s advertising audience data for October 2021.(a)

Note: our regions follow the United Nations Geoscheme. Click here to learn which countries belong to each region.

Notes: the figures shown above are based on Snapchat’s potential advertising reach, and may not correlate with the platform’s total number of daily or monthly active users. Snapchat’s tools publish ranges for each data point; we use the mid-point of these published ranges for our calculations. Rounding in the source data may mean that individual figures do not correlate with totals. Advisory: Snapchat’s self-service advertising tools only publish data for a limited selection of countries, so data may not be available for all world regions. Data may also seem unusually low for some regions where Snapchat’s tools do not publish data for all countries in that region.

Based on Snapchat’s advertising audience data* for October 2021:(a)

Want to know what Snapchat demographics look like in your country? Check out our complete free report library.

*Notes: the figures above are based on Snapchat’s potential advertising reach data, and may not correlate with the number of monthly active users. Snapchat’s self-service advertising tools only report gender data for ‘female’ and ‘male’, but the values of these published figures do not sum to the overall total, so the percentages shown above may not sum to 100%.

What’s the average age of Snapchat’s users in 2021?

Snapchat’s tools don’t offer a detailed breakdown of the platform’s advertising audience for all ages, so there’s no easy way to calculate the average age of Snapchat’s active user base.

However, based on the latest available data, users aged 25 to 34 account for the largest share of Snapchat’s advertising audience.(a)

How many users does Snapchat have in each age group in 2021?

Data published in the platform’s self-service advertising tools in October 2021 indicated that marketers could reach the following worldwide audiences using ads on Snapchat:(a)

Want to know more about the age profile of Snapchat users in your country? Check out our free country report library.

Notes: the figures shown above are based on Snapchat’s potential advertising reach, and may not correlate with the platform’s total number of daily or monthly active users. Rounding in source data may mean that individual figures do not correlate with totals. In particular, the share figures for each age group shown above may not equate to the sum of each gender’s share shown in the image below. Snapchat’s tools publish ranges for each data point; we use the mid-point of these published ranges for our calculations.

The embed below contains our latest in-depth report exploring Snapchat’s advertising audience around the world (click here if the embed isn’t showing or working properly).

This report contains global headlines, benchmarks, and overviews, as well as local data for all the countries and territories around the world for which Snap’s self-service advertising tools currently publish advertising audience data.

How does Snapchat compare with other platforms?

Want to compare these findings with similar data for other social media platforms?

Check out our data and trends for other top platforms via these links:

Data sources for stats on this page

(a) Kepios analysis of data published in Snap Inc.’s advertising tools in October 2021.

(c) Kepios analysis of data published in Snap Inc.’s advertising tools in October 2021, compared with the latest population data published by the United Nations and the U.S. Census Bureau.

Any other data sources have been attributed directly within the article, next to the appropriate data point.

Check out the articles below to explore more of our recent findings and analysis: 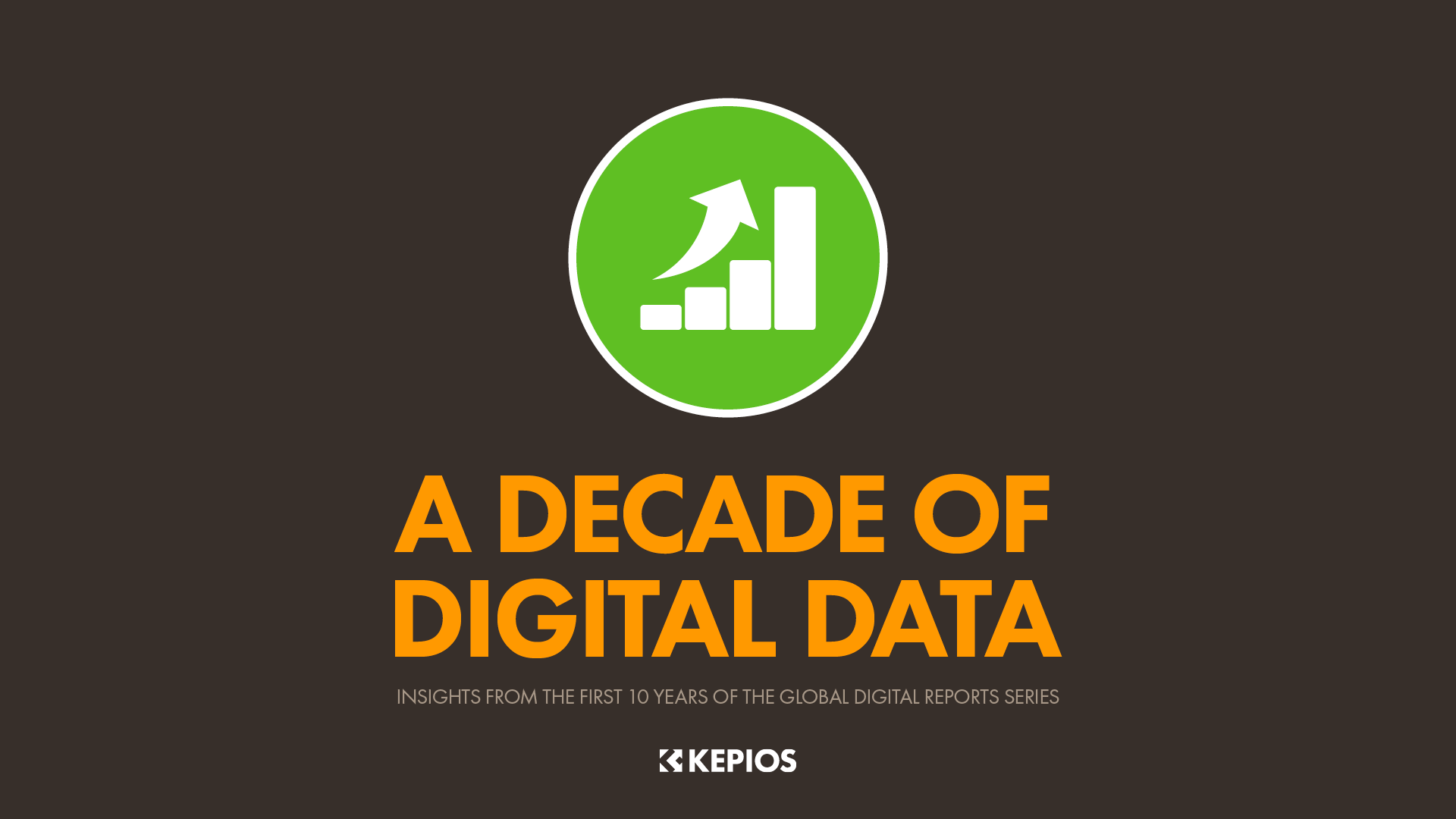 A Decade in Digital

We’ve been publishing in-depth reports on global digital behaviours for more than 10 years. Here’s what the data has told us so far… 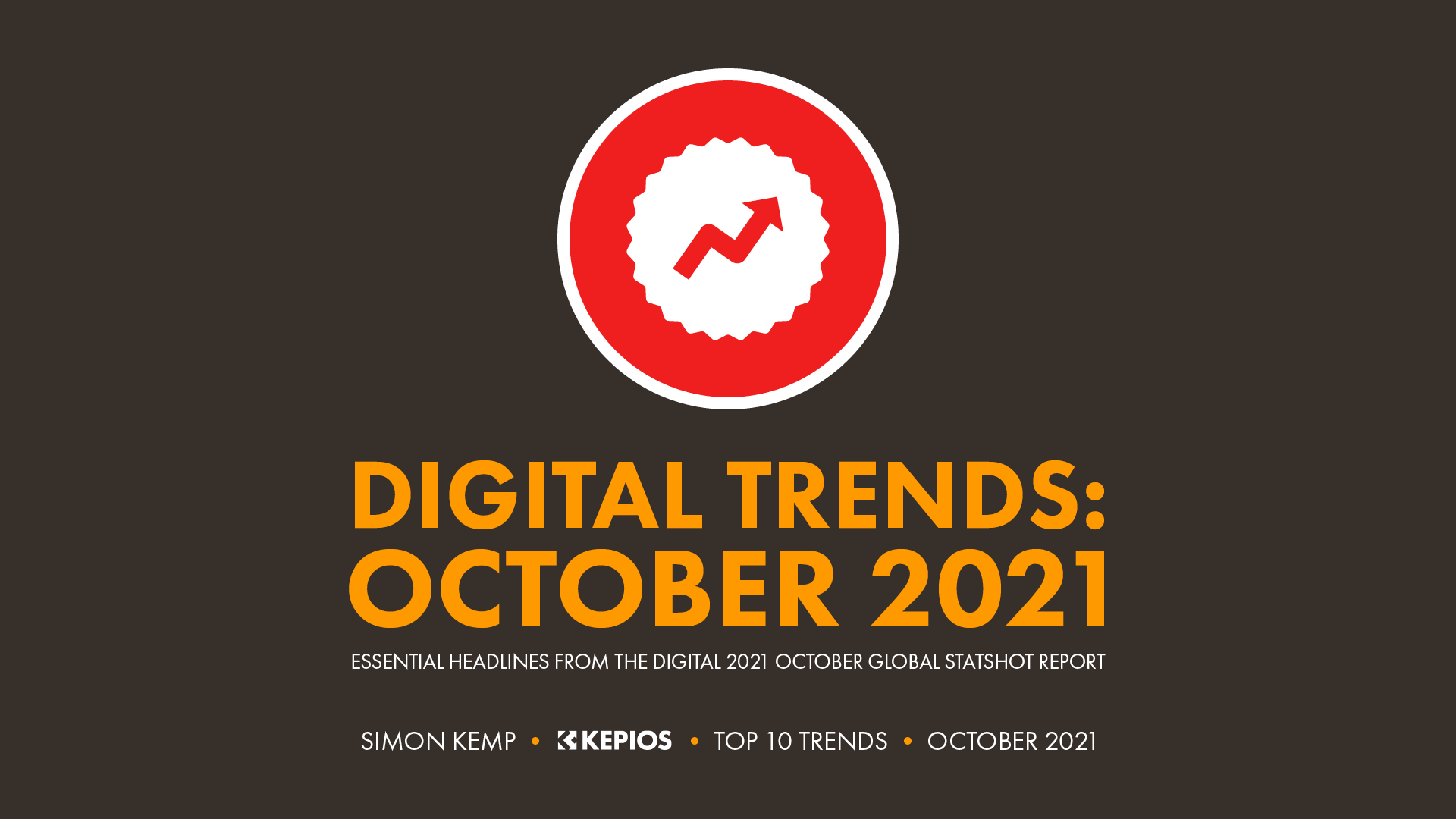 A video summary of 10 essential digital trends that marketers need to know about in October 2021. Also includes a full transcript of the video, together with the accompanying presentation slides. 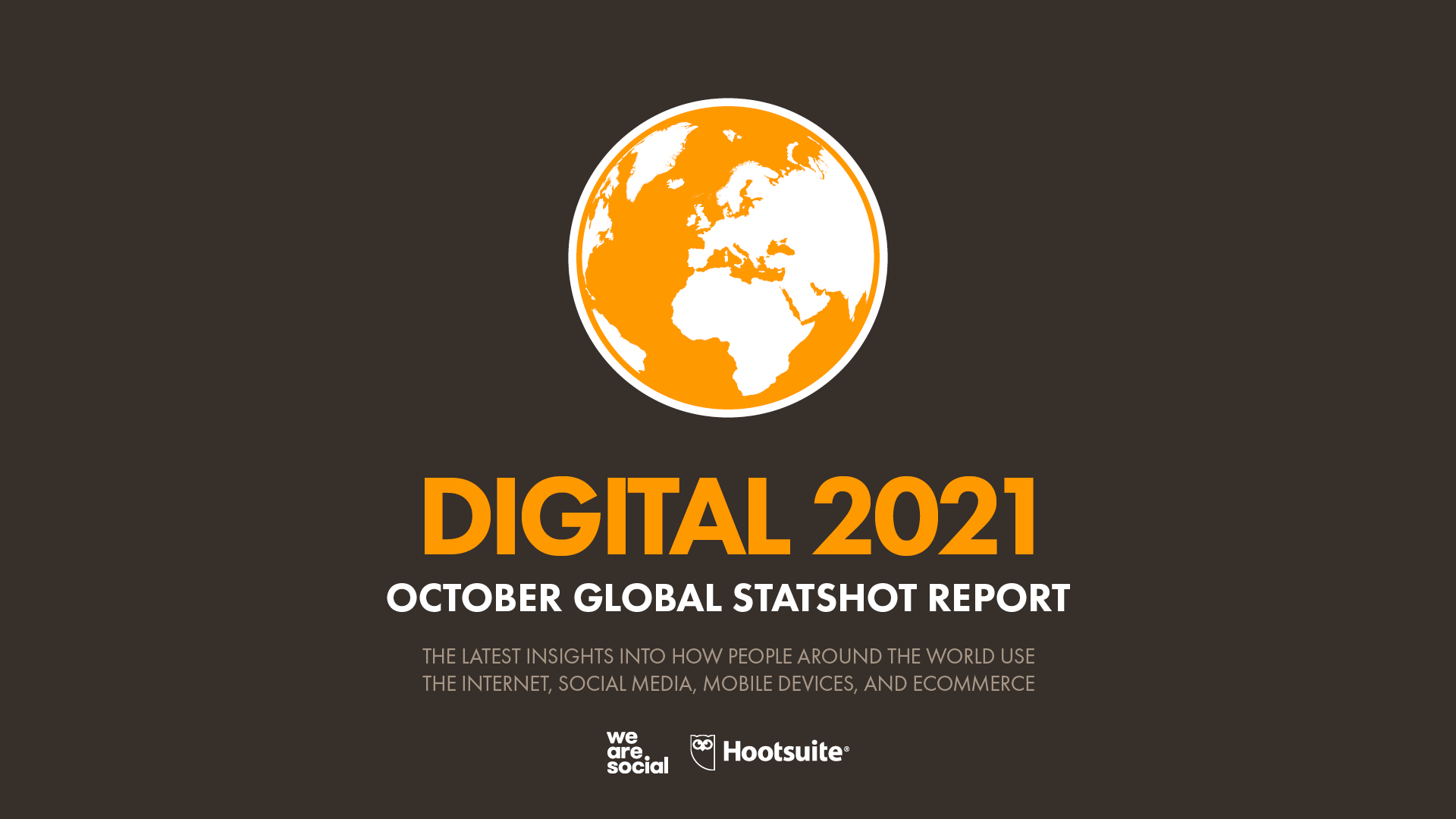 Our comprehensive analysis of the global ‘state of digital’ in October 2021. Includes all the latest data and insights you need to understand people’s use of the internet, social media, mobile devices, and ecommerce around the world. 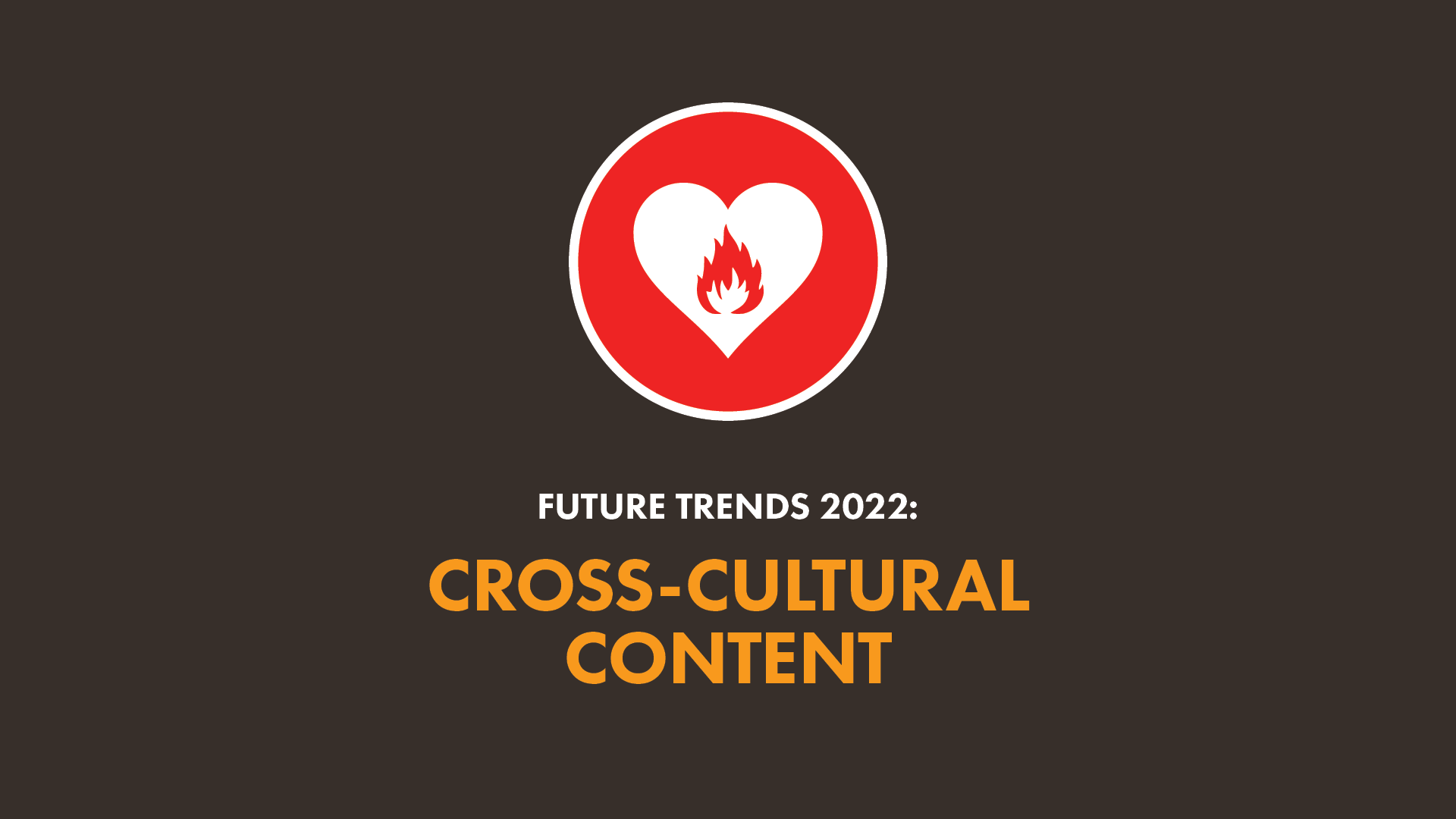 The world’s internet users are increasing looking beyond cultural borders to find and consume content. Here’s what that means for you. 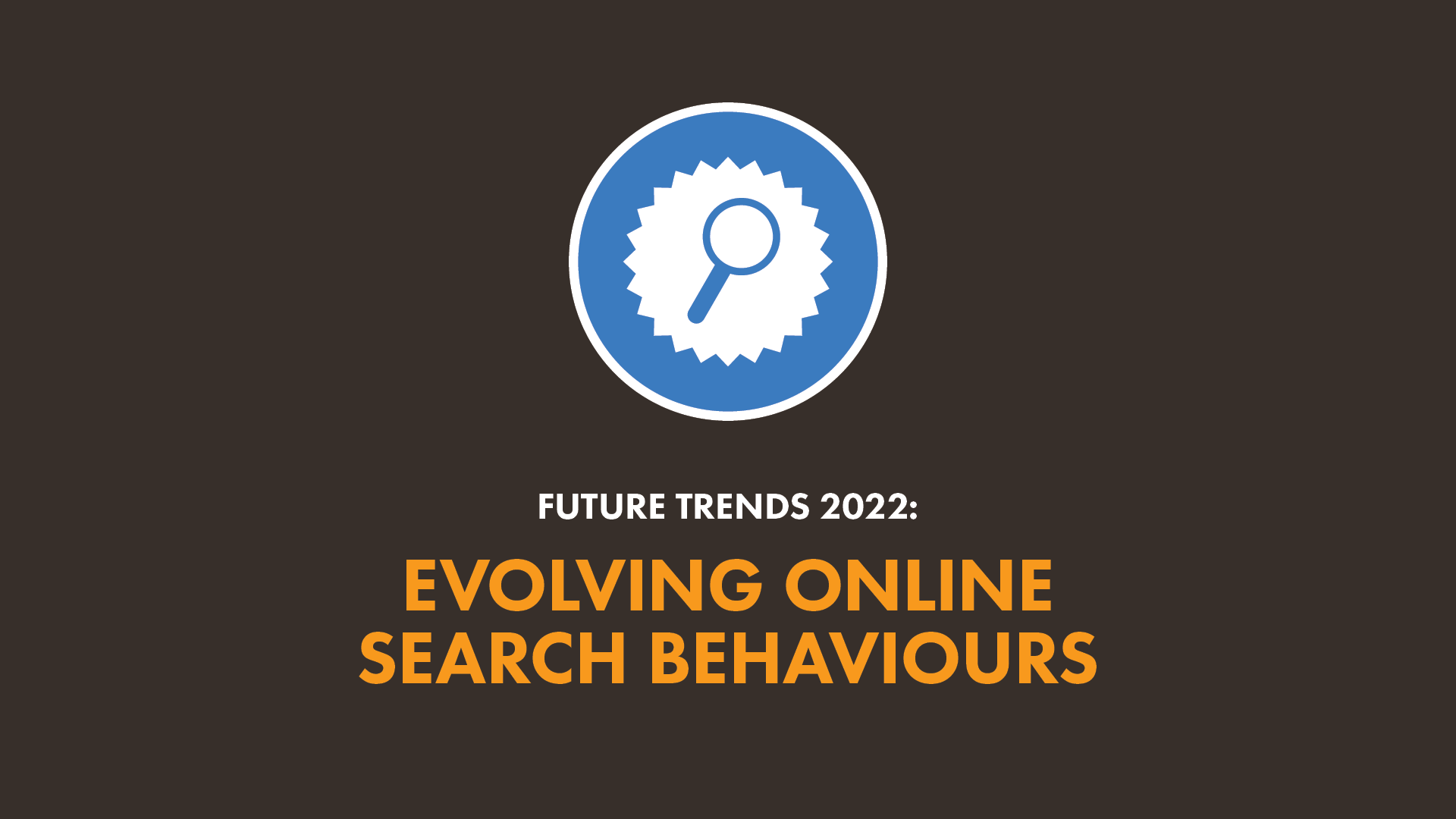 Future Trends 2022: The Evolution of Search

The way the world finds things online is changing. This in-depth guide will help you make sense of essential trends in online search, including the rising use of voice assistants, the growing sophistication of image recognition tools, and the central role of social search.

About the author
Simon Kemp
Simon is DataReportal’s chief analyst, and CEO of Kepios.
Click here to see all of Simon’s articles, read his bio, and connect with him on social media.